For an overview of the Swedish uniform of the Napoleonic era please have a look HERE.

I don't know if the Perry's Swedish range will cover soldiers in greatcoats though. Ever since before the days of Charles XII and the Carolean soldiers the Swedes used a simple cape in bad weather. It was not before 1806 a greatcoat called kapott was introduced. It had not only sleeves but also a falling collar that reached the elbows. It was in use for the rest of the Napoleonic War.

As the Siege of Stralsund 1807 aswell as the war in Finland 1808-1809 both includes fighting in bad weather conditions, including snow in winter, one might want to include some soldiers wearing their greatcoat. Fortunately Perry Miniatures can help us yet again. For Swedish napoleonic infantry in greatcoats we have used ACW49 Early Federal Militia in shakos, overcoats and full kit, from the Perry American Civil War range.

We have used British Marine Heads from Brigade Games. These should recieve a special mention as they were great to use for converting Swedish line infantry for most of the war. You can for instance combine them with Perry Miniatures dismounted dragoon bodies to create the Early War (m/1802) uniform as Mikael at the Dalauppror did as seen HERE. But with Perry Miniatures soon releasing Swedish napoleonics the need for coverting your own miniatures will hopefully disapear all together eventually. 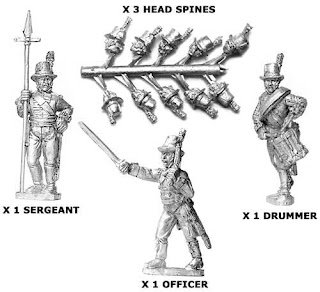 Below are some pictures that hopefully show the process of making a Swedish greatcoat using the miniatures above. I added a collar of greenstuff, together with the bag and the cupper bowl. Please note that for my example I cut and filed the lower legs on the ACW miniature to give the impression of gaiters. 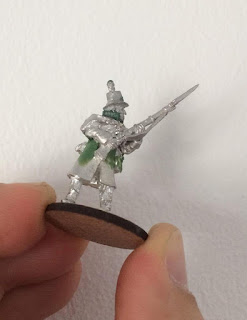 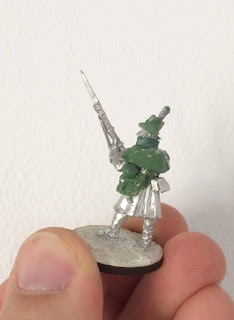 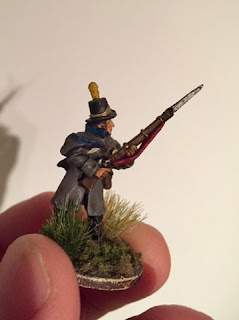 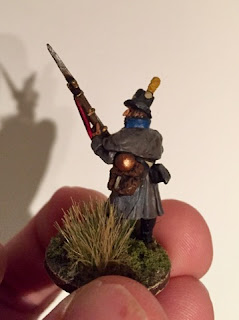